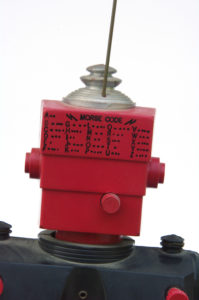 A couple of weeks ago, The New York Times ran a story on Narrative Science, a Chicago startup that has written software that takes data like sports stats or earnings numbers and churns out articles. Then last week, Slate.com, ran a series by Farhad Manjoo titled “Will Robots Steal Your Job?” The series describes how artificial intelligence is starting to do the work of highly-skilled professionals, including pharmacists, doctors and journalists. To top it all off, the New America Foundation here in D.C. just hosted a panel discussion, led by Manjoo, on the same topic.

At least two companies are developing such technology: Narrative Science and
Automated Insights in Durham, N.C. Both companies seem to be targeting the market for local sports reporting, such as high school football games. Publishers can use the software to turn game stats into news reports, effectively covering hundreds of local games that they never had the time or staff to cover before. It’s like a “robotic sports writer,” said Robbie Allen, Automated Insights CEO and founder, at the New America Foundation event.

The software could be a useful tool. I’ve done my share of stories on economic data, earnings numbers and market statistics. The work of sifting through all the numbers trying to identify the important trends is time-consuming, mind-numbing and depends on a certain amount of luck and intuition. Why not use this software to do in a split second what teams of journalists working for years could never do – analyze terabytes worth of numbers and identify trends and nuggets that are worth noting and digging into?

There’s plenty of data that publishers could feed into such software. In some cases, the publishers would get stories that would not otherwise get written. In other cases, they’d identify interesting trends that real journalists can use to develop in-depth articles.

In an example of the former, trade publisher Hanley Wood is using Narrative Science to provide monthly reports on hundreds of local housing markets on its website, something that it did not have the manpower to do before, according to the Times article.

As for generating story ideas, no one seems to be using the software for that, yet. In fact, these companies sometimes sound like they intend to put journalists out of business.

“In five years, a computer program will win a Pulitzer Prize — and I’ll be damned if it’s not our technology,” Kris Hammond, a founder of Narrative Science, told the Times. The comment is particularly disheartening because Hammond is a professor of journalism as well as computer science.

I doubt his claim. These products lack the creativity and imagination that professional journalists add to the equation. And I don’t think they’ll ever have that, because they are not human. People’s eyes glaze over when a story just reports numbers, even if those numbers are analyzed. Try reading an economic report from the federal government sometime.

This software may replace some reporters, and legitimately so, because some reporters don’t add any value. Writers, for example, who simply gather information, get a few comments from people and then regurgitate it onto the page, should probably start looking for another profession. As James W. Michaels, former editor of Forbes, was known to bellow: That is “not reporting, it’s stenography!”

These programs can even do sophisticated analysis that can match, or far surpass, our brain power when it comes to crunching numbers. “We can analyze and access more data than any one writer could ever do,” according to Allen.

What they cannot do, however, is include the human element. As every good journalist knows, a great story is just that – a story. About real people. Not about numbers. It includes the shades of gray that people must deal with in life. It illustrates their weakness and the pain of failure, the thrill and glory of achievement, the fear and depths of depression and disappointment.

The best business stories are not about how much profit a company made, but about the smart people that made the company so successful. The best sports writing is not about who won or lost the game, but how they did so and how the players and their fans reacted. Take a look at this piece from the Boston Globe, for example. Could a software program write this?

Can software conduct an effective interview? Good journalists ask probing questions and observe peoples’ reactions. They notice whether an interview subject is defensive, they sense when he may be lying or hiding something. They can get swept up by the excitement of an athlete describing how he pushed himself across the finish line, or feel the pain as a mother talks about how disease ravaged the health of her child. This affects not only what journalists write, but how they write it, in many subtle ways.

Maybe technology will ultimately be able to describe our complicated human condition as well as it crunches numbers. But for now, I think the journalism profession is relatively safe. Let’s welcome this software as another great tool in our toolbox, and use the extra time to concentrate on what we do best: telling great stories.