A selection of Tam’s most recent work and awards. 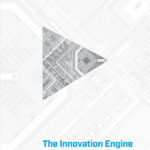 The Innovation Engine: The First 50 Years of Analog Devices, November 2018 (sample page from the book’s introduction). In January 1965, two graduates of the Massachusetts Institute of Technology sat in their apartment in Cambridge, preparing to file papers to launch their startup. They had what they believed was a golden opportunity. But they never dreamed that their new venture would grow over the next 50 years into a multi-billion-dollar Fortune 100 company.

The Fools on the Hill — Techonomy, November 2018
Emerging technologies are set to upend everything. U.S. lawmakers aren’t ready, and those in the Valley aren’t helping.

Watching the Workers – HR Magazine, March 2019
Rapidly developing technology has given companies more ways to monitor their employees. The response from workers may surprise you.

IT staffing: When to retrain, when to hire fresh — Computerworld, May 2017
Staffing new products is no picnic these days – skilled help is in short supply, but retraining takes time and money, and doesn’t always work. Here’s how to decide which path to take.

How to manage group chat in the enterprise (hint: lightly) — Computerworld, March 2017
Slack, Microsoft Teams, HipChat and a host of other collaboration tools are flooding into the enterprise. Here’s how IT is handling the deluge.

Practical Uses of the Internet of Things in Government Are Everywhere — Government Technology, January/February 2017
From flood control in Texas, to wildlife protection in Florida to earthquake alerts in Los Angeles, the IoT is making connections in the public sector.

Freedom to Fail: 4 Takes on Government Innovation Labs — Government Technology, January 2017
Running an innovation lab in the public sector can be a tricky prospect. Here’s how four governments are handling the challenge.