“This is not reporting, it’s stenography!”
– James W. Michaels, former editor of Forbes

Too much of what’s published today is stenography. Tam digs into her assignments, using well-honed research, reporting and interviewing skills to get behind the headlines. Her articles analyze why something’s happening and explain why your readers should care.

Tam knows what editors want from freelance writers because she’s an editor herself. She makes sure she understands your publication and what you want readers to take away from an article. She checks in frequently as the reporting progresses, making sure you approve of the direction the story is taking. She meets your deadline.

As an editor, Tam has produced award-winning magazines. Whether working with your writers or drawing from her own network of freelancers, Tam knows how to editorially manage a team to produce excellent content.

If it has to do with technology, Tam has probably covered it. Here are just a few of the topics about which she’s written: 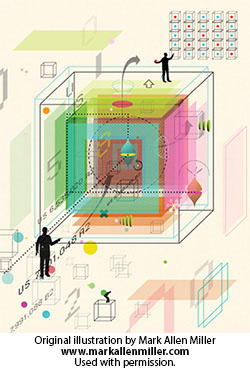 IT staffing: When to retrain, when to hire fresh
Computerworld, May 2017

How to manage group chat in the enterprise (hint:lightly)
Computerworld, March 2017

Tech pros make the most of the ‘gig’ economy
Computerworld, September 2015

Drones in the enterprise: The future of data collection
Computerworld, April 2015

On the Internet of Things, No One Knows You’re a Dog
IEEE Spectrum, June 2014

Radio Wrestlers Fight It Out at the DARPA Spectrum Challenge
IEEE Spectrum, April 2014

Companies Pin Hopes on the Internet of Things
Electronics360, July 2014

Tech hotshots: The rise of the dataviz expert
Computerworld, May 2013

How to find (and hire) big data pros
Computerworld, October 2012

Employee monitoring: When IT is asked to spy
Computerworld, June 2010

Power struggle: What role should IT play in reining in energy costs?
Computerworld, February 2009

One Giant Leap for Analytics? Web 2.0 has the potential to deliver a lot more data, but not necessarily easy answers
The Advertiser, February 2008

The Darker Side of Webmail
Computerworld, April 2008 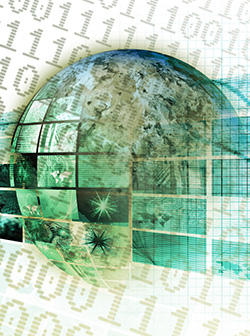 Tam writes about companies, business issues and C-level executives. She has done features on companies and the people who run them, delving not only into financial and market strategies, but also into corporate cultures. She’s profiled entrepreneurs at small businesses as well as CEOs of billion-dollar corporations.

Will Remote Work Lead to More Diversity in Tech?
HR Technology, May 2021

How to Manage Change: HR can play a critical role in helping the workforce evolve to meet future needs.
HR Magazine, Spring 2021

Workforce Planning in the Age of COVID-19: Companies need a strategic plan to ensure that they get the right people in the right jobs.
HR Magazine, Winter 2020

Technology and the Future of Work: Which Way Will We Go?
All Things Work, July 2020

Watching the Workers: Rapidly developing technology has given companies more ways to monitor their employees. The response from workers may surprise you.
HR Today, March 2019

Compensation bias is bad for business. Here’s how to fix it.
MIT Sloan Management School, April 2019

How to Future-Proof Your Business From Tariff Fallout
Better MRO, December 2018

The Digital Dilemma: Are online ads living up to the hype for midmarket e-commerce companies?
Middle Market Growth, January 2018

How the Technology Behind Bitcoin Could Elevate Supply Chain Transparency
Textile Insight, October 2016

Keep Your Key Projects Off the Chopping Block
Computerworld, February 2009

Dark Secrets and Ugly Truths: When Ethics and IT Collide
Computerworld, September 2007

Tam’s Washington, D.C., location gives her access to those who make and influence public policy, including Congress, federal agencies, lobbyists and trade associations. She reports on legislation that impacts business in general as well as particular laws and regulations that impact the technology industry. Coverage has included:

The unequal costs of Black homeownership – and how to fix them
MIT Sloan School of Management, November 2020

Summer forecast for COVID-19: Some relief, but not enough
MIT Sloan School of Management, May 2020

How Moderna is racing to a coronavirus vaccine
MIT Sloan School of Management, April 2020

The Fools on the Hill: Emerging technologies are set to upend everything. U.S. lawmakers aren’t ready, and those in the Valley aren’t helping.
Techonomy, November 2018

How a new spin on mortgages might ease the next housing bust
MIT Sloan School of Management, March 2019

How to Future-Proof Your Business From Tariff Fallout
Better MRO, December 2018

Practical Uses of the Internet of Things in Government Are Everywhere
Government Technology, January/February 2017

A Mother Recounts Her Son's Sudden Medical Crisis
Brain and Life Magazine, November 2019
A son's acute disseminated encephalomyelitis comes when, and where, she least expects it.