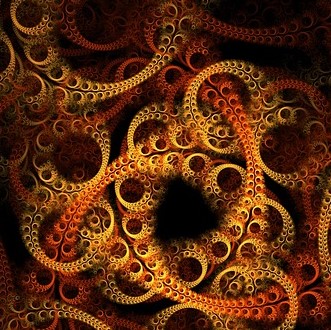 There hasn’t been this much marketing hyperbole since the tech industry co-opted the word “cloud” to refer to huge server farms that store all our data. If we are to believe the pundits, blockchain technology is as important as the internet itself.

Blockchain started as a way to securely trade Bitcoin. At its core, blockchain is a digital record of transactions that is stored in the cloud. But blockchain functions like a shared accounting ledger written in indelible ink. Entries can never be changed without all participants in the blockchain knowing about it. When one party makes a change in a previous transaction, the change is recorded without overwriting the original. And proponents say the ledger is hackproof because it is protected by sophisticated cryptography.

“You should be taking [blockchain] technology as seriously as . . . the development of the internet in the early 1990s,” says Blythe Masters, a former J.P. Morgan executive who founded a company called Digital Asset Holdings. Whether such predictions prove accurate or join the scrapheap of over-the-top forecasts that never materialized, one thing seems certain: some people are going to lose money on blockchain.

Just as the early days of the internet produced an investment frenzy, funding hundreds of companies that had nothing more than a “dot.com” name, opportunists are now riding the wave of wild optimism about blockchain. At last count, there were over 950 new companies claiming their technology was going to change the world.

Many of these startups are launching Initial Coin Offerings (ICOs), in which they sell cryptographic tokens (i.e. virtual coins) in order to raise money. An ICO is like an initial public offering (IPO), but participants receive these coins instead of traditional shares. There were more than 160 ICOs in 2017 raising more than $3 billion, according to research from Coindesk.

Like so many IPOs of the internet bubble 20 years ago, buying into these companies is risky. Also reminiscent of those days is the over-the-top way in which some companies are promoting their ICOs. Press release after press release talks about how blockchain will revolutionize this industry or solve that problem, yet offers scant information about how. One company says its blockchain will fight fake news through “a social science consensus engine that researches and clarifies facts through human-swarmed crowd wisdom.” As near as I can understand, that means they are paying people to research and confirm news stories. The pay is not in traditional money, of course, but in the company’s tokens.

Such froth has some observers, including regulators, worried.  The U.S. Securities & Exchange Commission has expressed concern, but has been slow to act. Because they don’t occur on traditional exchanges, ICOs have few rules; there is little to restrain these company from making outlandish claims. The agency has warned companies that they may need to register as an exchange and has told investors in this note that that “Depending on the facts and circumstances of each individual ICO, the virtual coins or tokens that are offered or sold may be securities.  If they are securities, the offer and sale of these virtual coins or tokens in an ICO are subject to the federal securities laws.” In September it charged a businessman with defrauding investors in ICOs “purportedly backed by investment in real estate and diamonds.” The agency also warned investors to be wary of all those celebrity endorsements. (Actor William Shatner, heiress Paris Hilton and others have started touting ICOs.) “Any celebrity or other individual who promotes a virtual token or coin that is a security must disclose the nature, scope, and amount of compensation received in exchange for the promotion.”

Meanwhile, Joseph Grundfest, a law and business professor at Stanford and a former SEC commissioner, is openly criticizing the agency. “ICOs represent . . . pervasive, open and notorious violation of federal securities laws,” he told The New York Times. “It’s more than the extent of the violation,” he said. “It’s the almost comedic quality of the violation.”