Lack of health insurance is the single biggest barrier to freelancing today. Unless they’re married, with an employed spouse with health insurance for the family, most journalists will think more than twice about jumping ship for a freelance career. And if they’ve been laid off, many writers dismiss freelancing as a career option and desperately hunt for another full-time job primarily because they need the health insurance. 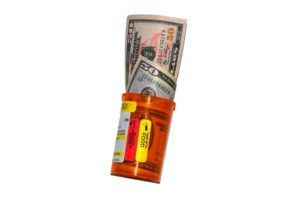 The truth is, by the time you reach a – ahem – certain age – most people have some sort of health issue. For me, it’s occasional migraines and arthritis. That was enough for private insurers to deny me coverage when I went full-time freelance in my mid-40s eight years ago. (You can read about my adventure here.) If it hadn’t been for the State of Maryland’s high-risk pool, which forces a private insurer to provide so-so coverage for us less-than-perfect people, I would either have gone without or looked for a part-time job at Starbucks, which provides health insurance to part-time workers. Or maybe I would’ve started looking harder for a potential spouse – one with a secure job that provided good health insurance. (Try putting that in your online dating profile!) Since I really wanted to freelance, looking for a full-time job just for the benefits was my last option.

Some experts think that the lack of options in the individual health policy market is holding back economic growth. If more people were freer to leave their jobs and pursue their entrepreneurial dreams, it could lead to a boom of all sorts of new businesses. A 2011 study by the Kauffman-Rand Institute for Entrepreneurship Public Policy found that people with poor family health and no access to spouse health insurance were significantly less likely to give up an employer plan and start a business than those with spousal insurance. Interestingly, we may see a rise in freelancing and other small businesses as baby boomers age. The study found that self-employment increases significantly the month after a worker turns 65 and qualifies for Medicare. That increase was not due to other factors such as retirement or becoming eligible for Social Security or pension payments, said the institute. In fact, Kauffman-Rand thinks the Affordable Care Act (ACA), once in place, could increase the number of new U.S. businesses by as much as 33 percent, according to a recent story in The Wall Street Journal.

The ACA is already an improvement, in that insurers can no longer deny people coverage based on health history. However, only time will tell whether the insurance offered will be good quality and the rates affordable. The Journal story quotes insurance brokers saying that rates won’t be cheaper under the new law. In fact, they are likely to be higher.

But at least it gives every worker a potentially better option than having to compromise on major life decisions just because of health insurance. And in the journalism business, having better options would alleviate some of the fear and trepidation associated with launching a freelance career – a career choice that is becoming increasingly common. The income uncertainty that comes with freelancing is exciting enough for most of us. Taking a certain amount of risk, with the potential for certain reward, is inherent in the freelance choice. But we shouldn’t have to risk our health.