Writers groups worth their dues (Part 1)

Writers groups worth their dues (Part 1)

As a freelance journalist working from my home office, isolation is my natural state. With no single employer sponsoring me, I have no built-in professional network. And I have no easy avenue for professional development. I have to make a concerted effort to get out and find these things myself. Writers groups are a great way to do this.

But which ones to join? Which ones are worth their cost, in both time and money? I now belong to two groups. I’ve been a member of the National Press Club (NPC) for 12 years. About three years ago, I also joined the American Society of Journalists and Authors (ASJA). I’ve had very different experiences with each. In this blog post, I describe my experience with the NPC. Next week, I’ll talk about ASJA. 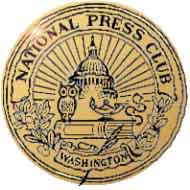 I joined the NPC in 1998 when I moved to Washington, D.C., to become national editor for a high-tech magazine, Electronic Business. At the time, technology companies were just beginning to become involved in public policy. (The Justice Department’s anti-trust suit against Microsoft had rudely awakened the industry to the fact that those folks in Washington could be troublesome.) Because my job was to cover Congress and the major federal agencies, an NPC membership seemed worthwhile. Because my employer covered the $562 annual membership fee, it was a no-brainer.

When I left the magazine in 2005, however, the fee was on me. I took a close look and realized that I wasn’t getting much for my money. For one thing, I didn’t attend many events because they weren’t inconvenient. The NPC is in the National Press Building in the heart of D.C. I’m out in a suburb, and go into D.C. only occasionally.

The other, more important, reason was that the NPC didn’t offer me many networking and professional development opportunities. Anyone who’s ever visited the Club senses its history. Its storied conference rooms and bar (“The Reliable Source”) are filled with photos of presidents chatting with the national press and with historical newspaper front pages: “Japan Bombs Pearl Harbor.” The downside is that the Club has had a hard time moving into the 21st Century. Its membership is the old guard of journalism – the men and women who started in the era of “get me rewrite” and neared the twilight of their careers just as the Internet was about to change everything. Until recently, the club’s website was atrocious. Once I found the list of committees and activities, I looked in vain to find anything relevant to either the coverage of technology (my beat) or training in digital tools for journalists.

What’s more, the club was geared to journalists who were employed full-time by national news organizations. For a freelancer, and one who was focused on a niche rather than general news, there was nothing.

Nearly six hundred dollars seemed too much to pay for the prestige of occasionally taking a source to lunch or drinks at the club. I was ready to drop it.

Then an energetic young member created a freelance committee within the club. She rounded up a few of us freelancers, and we started organizing meetings and professional development events designed for people like us. How to write the perfect pitch. Using social networks. Podcasting. There was a core group of us who were interested in these things.

The attendees of these events, however, were somewhat depressing. There were a few younger, savvy journalists. But many who attended were the walking wounded – the victims of the dramatic changes that the Internet has caused in the media business. Today, Washington is full of middle-aged and old journalists who have been laid off or bought out as major national news organizations have cut back on staff and even closed their Washington bureaus. Many of these people seem bewildered and lost. They worked for the same news organization for most of their careers and are, for the first time in their lives, without a job. They are freelancing out of desperation, not out of career ambition. They are unprepared for the new world. During a session on how to break into freelancing, I remember one of them asking, “Do I have to send a query? Can’t I just write the article and send it in?”

After an initial flurry of activity, the freelance group faded. I’m told it still exists, but I haven’t heard about any events in nearly a year. Once again, I’m pondering letting my membership lapse. Surely, there are other groups where I can find more of what I need. Fellow journalists: what groups do you find useful? Check back next week to see how ASJA measures up.