When technology flies under the government’s radar, it’s dangerous

When technology flies under the government’s radar, it’s dangerous 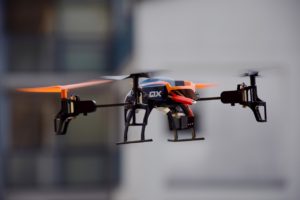 Sometimes, the government’s inability to keep up with technology is laughable. For example, South Carolina Republican Senator Lindsey Graham recently told NBC’s Meet the Press, rather proudly, that he has never sent an e-mail. It’s less amusing when one man’s ignorance impacts an entire agency. Eight-five-year-old Librarian of Congress James H. Billington doesn’t use e-mail and rarely uses a mobile phone, according to The Washington Post. That bias affects the ability of the $630-million library to provide research for Congress and run the U.S. Copyright Office. For years, Billington has ignored calls to hire a chief information officer to update and oversee the library’s technology.

It’s easy to laugh at these stories, especially when they are about the older generation dismissing technology advances that businesses, not to mention the common citizen, have used for decades. Sure, individual people’s ignorance of, and even disdain for, modern technology makes government more expensive and less efficient than it could be, but these analog dinosaurs can’t hang on much longer.

What’s more worrisome, however, are technological blind spots that endanger the lives of our leaders and citizens. When an entire segment of the government is uninformed, in denial of, or unable to adopt new technology, it’s downright dangerous.

For example, the military-industrial complex has been building mega-million-dollar killer drones, the kind that take out terrorists in Afghanistan, for years. More recently, however, small consumer-scale drones costing only a few hundred dollars have popped up everywhere. At first, just hobbyists and propeller heads flew them – often building the devices themselves. But now it’s become a big business. One of the largest suppliers – a Chinese company called DJI – is expected to surpass $1 billion in sales this year. Fortune 500 companies are exploring, and in some cases already using, drones for a variety of commercial applications. (See my recent stories on drones here and here.)

Yet, the agencies charged with protecting the White House and Congress apparently are not aware of how pervasive and easy-to-use drones have become. In February, a remote-controlled drone crashed on the White House lawn. In April, a man flew a gyrocopter over the U.S. Capitol Building and White House for an hour, then landed (some reports say crashed) on the Capitol grounds. Airspace above both locations is heavily restricted. Yet, in both instances, the aerial invaders were not detected till they hit the ground. They were literally flying under the radar, a technology designed to detect higher-flying aircraft.

Ironically, both vehicles were piloted by government employees. The drone pilot, Shawn Usman, works at the National Geospatial-Intelligence Agency. When I read that, I thought Usman might have been trying to make a point about the dangers of small, remotely controlled payload-carrying drones sneaking into restricted areas. But, no. He was simply playing with a drone borrowed from a friend. He lost control of it in the middle of the night, watching it fly away at “an altitude of about 100 feet and head in a westerly direction,” according to a statement from the U.S. attorney’s office for the District of Columbia. Usman knew the battery was almost dead and so assumed it would crash somewhere over the Mall, where he could pick it up in the morning. So he simply went to bed, waking up the next morning to his 15 minutes of fame.

The gyrocopter pilot, Douglas Mark Hughes, works for the U.S. Postal Service. He was not trying to demonstrate the vulnerability of the airspace above the Capitol Building. Nor was he displaying how the U.S.P.S. might be able to deliver mail more efficiently and cost effectively. Rather, Hughes was delivering letters of protest over campaign finance reform to Congress. (No word on whether those letters actually ended up reaching congressional mailboxes. I suspect they were confiscated as evidence.)

It may be unrealistic to expect government to be on the cutting edge of technology. And we can all chuckle at a few antiquated government luddites. But when common consumer technology eclipses the ability of government to defend the country, it’s no laughing matter.