What “Corporate America” really does with tax breaks

What “Corporate America” really does with tax breaks 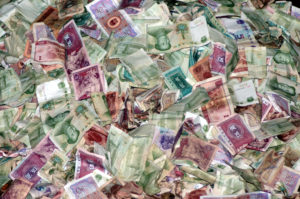 Republicans and Corporate America frequently argue that reducing corporate taxes will lead to investment in the United States and the creation of more U.S. jobs. They say that if corporations could retain more of their earnings, they would spend it in ways that benefit the U.S. economy. First, that ignores the fact that American companies are sitting on mountains of cash. (The Federal Reserve reported that non-financial companies held more than $2 trillion in cash at the end of June, the highest level of cash as a percent of corporate assets since 1963, according to the Wall Street Journal.)

Secondly, it plays into the fallacy that today’s corporate entities are loyal to any nation-state. Although companies love to drape themselves in the U.S. flag whenever they lobby the government, there is no Corporate America. There are just huge multinational corporations with operations and sales all over the world, whose only goal is to make money. They will invest wherever they get the best deal, period. And that’s usually not in the United States.

So, when Congress gives them these special deals, we need to pay more attention to what happens afterward. A recent study by a congressional subcommittee does this. The only reason this wonky report, covering an arcane tax provision from 2004, caught my eye was because the technology industry had lobbied hard for it back in 2004, when I was covering public policy for Electronic Business magazine. Following my inner wonk, I downloaded and read “Repatriating Offshore Funds: 2004 Tax Windfall for Select Multinationals,” by the U.S. Senate’s Permanent Subcommittee on Investigations. (You can download the report from this page on Senator Carl Levin’s website.)

By passing the American Jobs Act of 2004, Congress dropped the top corporate tax rate from 35 to 32 percent, which was largely symbolic because U.S. companies find ways to manipulate tax laws to significantly reduce their taxes. In fact, a 2008 report by the Government Accountability Office found that 55 percent of U.S. companies paid no federal income taxes during a least one year out of a seven-year period studied.

More significantly, the 2004 legislation created a tax holiday, cutting for one year the tax rate on foreign earnings brought back to the United States, from 35 percent to just 5.25 percent. U.S. companies are taxed twice – at least theoretically – on profits earned abroad: once by the country in which they are earned and then again by America when those earnings are brought back to the States. Companies had argued that this double-taxation kept them from bringing such revenues back home and investing in the United States.

In early October, the Senate subcommittee published its report on what happened. Rather than creating U.S. jobs or increasing R&D spending, “the 2004 repatriation tax provision was followed by an increase in dollars spent on stock repurchases and executive compensation,” says the report. This, despite the fact that the law specifically prohibited the use of those funds for either of those expenditures. The tax break “provided a windfall for multinationals in a few industries without benefiting the U.S. economy as a whole.”

Of course, there’s no way to prove that the exact funds that these corporations repatriated were used to buy back stock or give CEOs huge raises. “Because money is fungible and corporations were not required to track expenditures of repatriated funds, it was impossible to determine if the surveyed corporations used their repatriated funds to increase planned expenditures for worker training and hiring in the United States or for R&D, or instead used the repatriated funds for expenses that had already been planned and would have been made in any event, and then used freed up funds to pay for prohibited purposes such as increased stock repurchases or executive compensation,” the report explains.

In my coverage back in 2004, I noted that the law required companies to draw up a “domestic reinvestment plan,” approved by the senior management and the board of directors, for how to spend the money. That plan could include worker hiring and training, infrastructure improvements, R&D, capital investments or “the financial stabilization of the corporation for purposes of job retention or creation.” I put that in because it sure sounded like a loophole. Indeed, I quoted a tax expert saying, “anyone in their right mind is going to make that plan as broad as possible” to cover all potential uses for the money.

The report shows that the repatriated profits most definitely did not go to investing in the United States. A total of 843 corporations repatriated $312 billion as a result of the tax break. The top 15 companies in terms of repatriated funds, which accounted for 52 percent of the total amount repatriated, included IBM, HP, Intel, Motorola, Microsoft and Oracle. Of those 15 companies, 66 percent recorded job losses from 2004 to 2007. Eighty percent increased their stock repurchases, by an average of 16 percent from 2004 to ‘05 and by an average of 38 percent from ‘05 to ‘06. Executive compensation at the 15 firms, which had increased 14 percent the year before the tax break, increased 27 percent in 2004-05 and another 30 percent in 2005-06.

Recently, the Republicans and big corporations have started another campaign to get taxes reduced or dropped on foreign earnings, using the same arguments as in 2004. I can only pray that our government and the American people look at the facts and the corporate track record this time around.