Speak to me: how writers tell their stories

Speak to me: how writers tell their stories

In a recent essay in The Atlantic – “Siri, Take This Down: Will Voice Control Shape Our Writing?” – Robert Rosenberger ponders how voice recognition technology will affect the written word. Just as technology that enabled typing – first on typewriters and then on computers –eclipsed handwriting, Rosenberger thinks that voice recognition is going to replace keyboards.

It seems that Rosenberger may not appreciate the difference between voice control, like Siri, and voice-to-text translation. The former is becoming more common, but the latter is not yet ready for prime time, based on what I’ve heard from people who’ve tried to use voice-to-text software. Even when it improves, I’m not convinced that voice will displace our keyboards as an input method. Still, I went along for the ride with the essay because of the way Rosenberger, a philosophy professor in the School of Public Policy at the Georgia Institute of Technology, proceeded to tell the history of how technology has influenced writing. 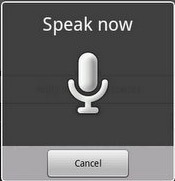 Martin Heidegger, a 1940s philosopher, for example, thought that in moving from handwriting to mechanical writing (i.e. the typewriter) we lost the writer’s character, which showed in how each writer drew the letters and words. Suddenly, everyone’s words looked the same. You could no longer identify the author by the handwriting.
But typing still committed words to paper as surely as handwriting. And because erasing words was difficult and time-consuming, most writers still took their time. They thought carefully about a sentence or even a paragraph before typing it, hoping for less painful and laborious revision later.

Then came the PC, which sped things up. Now a writer could be fast and sloppy in thinking and in writing, because she could easily and quickly delete and rewrite, both continually as she wrote and later when she revised the whole article. I was just starting out as a journalist when we transitioned from typewriters to PCs (in the early ‘80s), but I still recall how it changed my writing. Not immediately, but gradually I realized that I could just dump my thoughts onto the page, then look at them and try to arrange them into a story. There was less thinking about structure before I put pen to paper, so to speak. This probably meant I wasn’t exercising my brain as much as before, which is bad. However, the new process seemed to improve my writing because it encouraged experimentation and creativity. It was, however, a messier process.

Rosenberg doesn’t mention it, but writing changed again with the arrival of the Web. That’s when the cut-and-paste form of writing took off, which promotes laziness in thinking and writing. Most journalists today use cut-and-paste at least somewhat, when gathering background material for a story, for example. And those pastes do sometimes find their way into our final drafts, as the recent case of Fareed Zakaria demonstrates. Hopefully, most of us professional journalists appropriately attribute the information we use from other stories. But even if we do, it’s still a change in the reporting and writing process. Rather than thinking things through and analyzing information for ourselves, we are pasting facts and other people’s thoughts together.

Then Rosenberg arrives at today, where he worries we’ll skip writing altogether and simply talk our stories into the computer. He worries that doing so will change our writing. Maybe. But if it does, it just might be a change for the better.

Telling a story out loud can improve writing by bringing careful thought back into creating a logical organization and flow. We’ve made it so easy to throw so many words onto a page and mix them around in so many different ways that writers often meander around rather than getting to the point. Writers engage in literary throat-clearing. I’ll finally find their lede buried several paragraphs into the story. In fact, when I’m lost in one of my own stories – wandering around through lots of information in search of a thread, it’s helpful to call up a friend or editor and try to tell him the story. When I speak – something about the connection between my mind and voice automatically compresses and synthesizes information. It helps me think. I often find that I’ve zeroed in on the most important info – the point of the story – and sometimes even outlined a logical structure – just by saying things out loud. In this case, phoning it in is actually a good thing to do.

Finally, we talk about good writers having a distinctive “voice.” We don’t call it “writing style,” although it might be compared to the visually unique handwriting of authors that Heidegger bemoaned losing. After many years, I’ve developed a voice, and you know what? It turns out that my writing voice sounds a lot like how I speak. When I relaxed enough, or was confident enough, in my writing to let my brain speak freely, it was my voice that I heard. Maybe we can all talk ourselves into writing better.