Set in stone: Architect chisels away at the words of Martin Luther King

Set in stone: Architect chisels away at the words of Martin Luther King 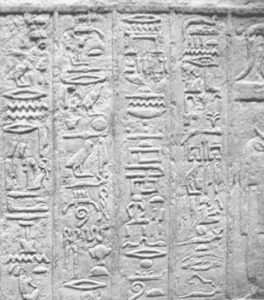 I have fond memories from my print magazine days of battles with art directors over cover story spreads. As a writer, I always thought words were more important than images. But those damned designers often slashed text to make more room for their precious photos and illustrations. We might have only six magazine pages to devote to a hard-hitting Pulitzer contender, and the art director would spend more than half of the opening spread for images, leaving room enough, if we were lucky, for only a headline, deck, byline and lede.

I thought such fights were a quaint thing of the past, now that print has waned. But along comes Maya Angelou to not only renew the war, but also raise it to the level of national debate.

After the new Martin Luther King Jr. Memorial opened on the National Mall in late August, Angelou threw an editorial fit. The monument includes 15 inscriptions, quotes taken from King’s most famous speeches. Turns out the memorial’s architect thought he had artistic license to edit one of the quotes so it would better fit the design.

Here’s how the inscription on the monument reads: “I was a drum major for justice, peace and righteousness.”

The edited version “makes Dr. Martin Luther King look like an arrogant twit,” said Angelou. It changes the meaning to the exact opposite of what King intended as a statement of humility.

The architect was rather testy when interviewed by NPR shortly after the unveiling of the monument. His arguments echoed what I’ve heard many times from art directors. The overall design of the piece dictated certain constraints on the words. Besides, if you look at the big picture, the entire package including the statue of King and the 14 other quotes all made sense. (You can read and listen to the NPR interview here.)

“When we are faced

[with] design decisions we have to do so with respect to a number of factors: size, shape, distance, perspective height, depth, width, size of letters, font style,” said the architect, Ed Jackson Jr. He couldn’t resist taking a subtle jab at how Angelou’s words may have been edited to fit certain constraints in other contexts. “I am a fan of Maya Angelou,” he said. “I have several of her books. I buy her Hallmark cards.”

I’m on the side of the poet here. (Big surprise.). The edited quote not only sounds like bragging, it fails to reflect the beautiful cadence of Dr. King’s speech. It is not authentic, and I think it will irritate people for time immemorial. I salute Angelou for making her point loud and clear, even though it won’t do any good. (I never won an argument against my art director, either.) In this case, in particular, things are literally set in stone. Then again, we did have an historic earthquake in D.C. just days before the opening of the memorial. Hmm – God’s way of saying “get me rewrite?”