Pulling the plug on the home phone

Pulling the plug on the home phone

At first, I thought it was just my paranoid imagination. I was getting lots of static on my home phone line. I’d call my phone company, Verizon, they’d make some adjustment and it would go away. Then a few weeks later the static would be back. In the back of my mind, I wondered how much Verizon was spending to maintain its landline network. 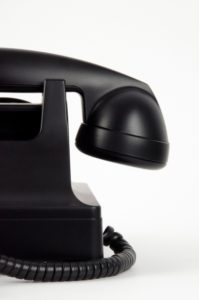 For the last two years, I’d been getting weekly, sometimes daily, offers in the mail trying to sell me Verizon’s FIOS triple play (TV, phone and Internet), double play (phone and Internet) or even single play (either phone or Internet). But I resisted. When it comes to vital communications services, I want to remain bipartisan. I have my Internet and TV with Comcast, my landline and mobile phone with Verizon. I hope that by having a flag in each camp, I won’t be held hostage by either company. If my Comcast service goes down, I can always access the Internet, send e-mail or Skype through the 3G on my iPhone and iPad. If my wireless service doesn’t work, I can go through Comcast. And in a real emergency – if I have neither Internet service, wireless, nor electricity – I still have my home phone, a landline that works over good old copper. I can at least call for help.

Verizon seemed to give up on selling me TV service. (Perhaps they realized that I did not watch much TV and was only on Comcast’s basic package). But they kept offering FIOS phone and Internet. The prices kept coming down. It was particularly tempting when they offered phone and Internet for $70/month with no annual contract.

Lately, Verizon has taken a new tack. I’ve been getting letters telling me that I was eligible for a “free upgrade.” At no cost to me, the benevolent Verizon would change my phone from the decrepit, old copper network to the state-of-the-art, new fiber optic network (FIOS).

Still, I didn’t bite. I like the quality and security of the old phone network. First of all, the mobile phone has never been able to match the sound quality of a landline. I hate conducting interviews when even one party is using a mobile phone. I often have to ask them to repeat what they’re saying, and the call is dropped frequently. And the landline never runs out of juice. Even with battery backup, a FIOS phone line eventually goes dead when the power goes out. As a freelancer who lives in an area with frequent power outages, it’s important that I be able to at least conduct phone interviews even if my computers and Internet aren’t working. Not to mention having a lifeline in case of an emergency. I even keep around an old AT&T Trimline phone that I salvaged from my mom’s house, because modern cordless phones and wireless base stations don’t work without electricity. Mom’s old phone has never failed me.

Then, last week AT&T announced that it is phasing out its copper-based phone service. A little googling brought up several articles describing how all the major phone carriers plan to phase out their plain-old phone service (POTS) networks. According to one article, Verizon has announced plans to phase out its old network by 2016. In fact, Verizon’s executive vice president and CFO recently told investors that the company “is not repairing the copper anymore.” Apparently, the phone companies are making much more money on their mobile networks.

That explains why the static keeps coming back on my home phone line. It also proves I was not so paranoid after all. Verizon has been trying to push me off copper for years because it’s getting ready to turn that network off. Verizon is not investing in that network, even though it’s the most reliable network we have. (Just ask the New Yorkers and New Jerseyans who lost their cell service during Hurricane Sandy, but were still able to call out on their landlines.) As the sound quality of my home line has deteriorated, I’ve taken to using my mobile phone and Skype more and more. Their gentle nudges are working, slowly. Still, in 2016 when I plug Mom’s phone into my wall and get no dial tone, my communications lifeline will be gone.