Onboard technology that makes driving safer? Don’t buy it.

Onboard technology that makes driving safer? Don’t buy it.

I bought a new car recently. It came with a built-in navigation system, hands-free calling and voice commands. I didn’t ask for these features. I don’t want them. They endanger my life and the lives of others on the road.

Car manufacturers would have us believe that built-in communications technology – particularly cellular calling and GPS – makes us safer. But there is lots of evidence to the contrary. According to the National Highway Transportation Safety Administration, drivers engaging in visual-manual tasks (like trying to plug an address into your dashboard navigation system) triple their risk of a crash. And the AAA Foundation for Traffic Safety says that hands-free phone use is just as cognitively distracting as handheld phone use. You see, it’s not just that we take our eyes off the road, it’s that we take our minds off driving. 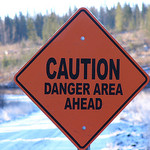 Most people know how deadly texting while driving is, although many of us still do it. What if we could text without typing? Just as hands-free talking is no safer, neither is hands-free texting. Building it into a car implies that it is safer, however, and likely leads drivers who otherwise would not text to start. Research done by Texas A&M Transportation Institute found that “drivers . . . felt safer

[texting] when using a voice-to-text application than when texting manually, even though driving performance suffered equally with both methods
.”

Only 14 states have banned the use of handheld mobile phones while driving. So far, none have banned hands-free calling. Federal regulators say they can’t put a nationwide ban on driver calling and texting, but why not? The U.S. government mandates things like safety belts and airbags in cars. Why can the feds order manufacturers to install safety features in cars, but not order them to remove dangerous ones? Why hasn’t the U.S. Department of Transportation called out the complicity of car makers in all of this? I suspect that regulators were asleep at the wheel, allowing car makers to add all this technology before the government realized how dangerous it was. The more cynical side of me wonders if regulators just decided to look the other way.

Once the statistics started piling up, the government launched public awareness campaigns to educate people about the dangers of distracted driving, but by that time it was too late. Many people were already yakking away at the wheel. And now that calling, texting, navigating and other cool things come built into the dashboard, drivers will use them. If the car makers are allowed to do this, it must be safe, right? Who hasn’t been tempted to show off by making a call from your steering wheel? I, who rarely talk on the cell phone while driving, did it the day I drove my new car off the lot.

It’s not just that this technology distracts. It disarms us of good safety habits. Drivers can be lulled into complacency by rear-view cameras and stop looking left and right before backing out of a space. It interferes with tried and true defensive driving. The other day, I tried to honk to warn another driver that I was in his blind spot. I hit the center of the steering wheel, where my old car’s horn was, but nothing sounded. With all the gadgets on the steering wheel of my new car, the manufacturer apparently needed to shrink the amount of space devoted to the horn. Instead of honking the horn, I ended up activating the voice recognition system. Ironically, I could communicate with my car, but not with the driver who was about to slam into me.

Meanwhile, car makers just keep piling it on. At this year’s Consumer Electronics Show, they touted the Next Big Thing: heads-up displays. These project icons right onto the driver’s windshield, showing things like speed, navigation information, cell phone and text notifications and even Facebook alerts. Jaguar Land Rover is talking about a windshield that highlights the locations of pedestrians, suggests points of interest and shows a “ghost car” that drivers could follow for navigation.

Apple, which is reportedly developing its own electric car, is working with car manufacturers to incorporate its software into dashboard information systems, so drivers can access services like iTunes, maps and Siri. You know how frustrating it can be when you update your iPhone’s operating system? Imagine what might happen to your dashboard. Whatever you do, don’t update and drive. If you insist on updating, call a cab.

Meanwhile, unplug your phone, turn off your in-dash display, open your eyes, keep your mind on the road. And just drive.