It’s hard to be optimistic about the state of journalism today. Newspapers and magazines are bleeding red ink; some are closing their doors altogether. Employment in the news business plummeted from 55,000 in 2006 to 36,700 in 2013. Reporters have even been replaced by computer algorithms that can string together data to assemble sports, finance and other formulaic news stories. 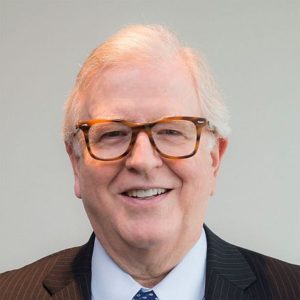 But Gene Policinski, chief operating officer of the Newseum, thinks freelance journalists have a bright future. Policinski, who is also head of the Institute’s First Amendment Center, spoke at the Washington, D.C., conference of the American Society of Journalists and Authors (ASJA) on Aug. 28.

The dismal statistics “are not a real picture of what we are,” he said. In fact, because of the Internet, mobile devices and social media, more news is available to more people than ever before. “We are at the beginning of a golden age of information,” said Policinski. But the information comes in snippets, usually without background, fact-checking, perspective or analysis. It still takes real, human journalists to confirm what’s real, say what it means, how it relates to other trends, and what may happen next. “Tweets tell people what happened,” he said. “We need to tell them why.”

Policinski’s assessment inspired many of us freelance journalists – over 100 of us attended the conference – especially because of his extensive experience in the news business. He started as a newspaper reporter in Greenfield, IN, in 1969, then joined the Gannett News Service in 1976 and went on to help found USA Today in 1982, where he worked as Washington editor, page one editor and sports editor. When it debuted, USA Today was an iconoclast. Its short and simply-written stories, extensive use of bright colors and presentation of statistics through infographic “snapshots” shook up the news business. Traditional papers mocked it as “the McPaper,” saying it dumbed down the news. But over time USA Today made a lasting impact, prompting many papers to shorten stories and use more color and graphics.

Freelancers are on the cutting edge of journalism today. They have to be, or they don’t eat. They have to find compelling stories, tell them in new and innovative ways, and – most importantly – find a market that will pay for them. Often, that is not the general market, but specialized niches. The best way to make a living as a freelance journalist is to specialize and sell to those publications that need a reporter well versed in their particular niche.

Meanwhile, the traditional news media is hobbled by an old business model that no longer works. Plunging revenue has led to severe cutbacks in newsroom staffs and international bureaus. And that’s a threat to the freedom of the press. Public officials “aren’t afraid of reporters coming into the room because there are no reporters coming into the room,” said Policinski.

He urged freelancers to harness their talents to fulfill the role of a free press, but that’s next to impossible when the Internet, social media and algorithms have cheapened reporting to the point where many outlets expect writers to work for free. Policinski thinks the pendulum may be starting to swing back, however. A significant portion of information flying around the Internet is inaccurate because of the loss of traditional journalistic practices such as verifying sources and checking facts. Readers are realizing that the news needs journalists with the skills to not only report accurately, but also to put the facts into perspective and interpret them in the context of the big picture. “The idea is finally dawning on people that credibility does matter,” he said. But whether that realization will translate into fair pay for quality journalism remains to be seen. If we freelancers can just hang on and wait it out, Policinski suggested, the worm will turn. I certainly hope he is right.