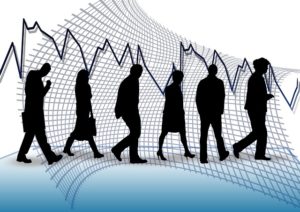 How many independent workers are there in the United States? No one really knows. There are a few statistics floating around, but they are typically from sources that have an interest in promoting freelancing, including advocacy group Freelancers Union and MBO Partners, which sells tech products to the self-employed.

The U.S. government should be a source of objective, reliable data. But it has not been able to accurately count independents, primarily because it has not defined what they are. The federal agencies responsible for tallying and tracking workforce trends were established in the Industrial Era, when most jobs fell into neat categories like the 9-to-5 office worker. But independent workers don’t fall into those categories. They come in many flavors and go by different descriptions: contract worker, contingent worker, temp worker, freelancer, entrepreneur, solopreneur, free agent, self employed, consultant, professional services provider, business owner. This proliferation of terms “contributes to a lack of common lexicon around independent workers,” said MBO Partners in its 6th Annual State of Independence Study.

The Department of Commerce recently took a step in the right direction. Reacting to the rise of the sharing economy, it proposed a four-part definition of something it called “digital matching firms.” Under the definition, these firms:

That covers people who drive for Uber or run errands at Task Rabbit, but not the broader population of freelancers, contractors and consultants that make up the majority of the independent workforce, especially in terms of revenue. According to the MBO Partners study, most independents treat their work as a business rather than “gigs that hold them over between traditional jobs.” The study estimates there are 40 million at least partly self-employed people in the United States, of which 16.9 million are full-time independent workers. Over the past year independents have generated some $1.1 trillion in revenue for the U.S. economy, which is equal to more than six percent of GDP and “greater than the combined annual revenues of Walmart, ExxonMobil and Apple,” claims the study.

That’s a lot of GDP that’s not accurately categorized.

Meanwhile, the Bureau of Labor Statistics is working with the Census Bureau to collect better data in the next Current Population Survey, scheduled for May 2017. It will be the first time since 2006 that the government has gathered data on what it calls contingent workers. It’s not clear yet what definitions the government will use in the upcoming study. A 2015 report by the U.S. Government Accountability Office noted that estimates of the size of the contingent workforce vary – from less than five percent to over a third of the total employed workforce – depending on the data source and how “contingent” is defined. “In general, contingent work is a term associated with those individuals who have temporary employment,” said the GAO. However, “in its broadest definitions, contingent work also refers to all individuals who maintain work arrangements without traditional employers or regular, full-time schedules—regardless of how long their jobs may last.”

A recent blog post by a Department of Labor official pointed out exactly how far off the government’s statistics may be. Research by Alan Krueger of Princeton and Larry Katz of Harvard “suggests that alternative work arrangements represent more than 15 percent of the labor market,” wrote Sharon Block, principal deputy assistant secretary for policy at the DOL. Further, the research indicated that such arrangements “account for between 80 and 100 percent of the net employment growth since 2005.”

If that is anywhere near accurate, it means the government could be miscounting, or perhaps not counting at all, the work that is responsible for most of the growth over the last decade. It means we’re missing data on a key driver of the economy. It means U.S. stats on employment – stats that guide government, and private sector, policy – are flat-out wrong. If not corrected, this mistaken data could lead the country backward, clinging to a disintegrating model of work left over from the Industrial Revolution, rather than forward into enlightened policies to help independent workers, and the country where they reside, prosper.