As we celebrate our freedoms this Fourth of July, it’s ironic that I had a very un-freedom-of-the-press experience last week. A government official asked me at a public meeting to stop snapping photos with my iPhone. 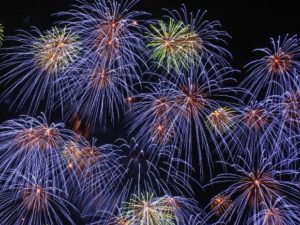 Ever since I got the phone last year, I’ve been hearing how useful it can be as a reporting tool. Over the last few weeks, I’ve actually had the opportunity to put what I’ve heard into practice.

In early June, I covered a conference on big data at the National Institute of Standards and Technology. While I understand the basics of big data, this was a conference geared for scientific researchers who are used to playing with supercomputers, and I was quickly in over my head. I used my phone to photograph some of the slides these propeller heads presented. The pictures were helpful when I went back over my notes, trying to extract the most meaningful information to include in my stories.

Then last week I covered another conference, this time on counterfeit electronics. While it also had its share of deep technical papers, the most newsworthy parts of this were presentations given by industry and government folks on efforts to eliminate counterfeits from the Department of Defense supply chain.

On the program was an assistant U.S. attorney who led a couple of major counterfeiting investigations. The organizers of the conference, which was held at the University of Maryland, had helpfully included the slide decks of participant presentations in a book that was handed out at registration. But when we got to the U.S. attorney’s panel, titled “Government and Industry Perspectives on Counterfeit Microelectronics,” which featured several government representatives, there were no slides printed in the book. Instead, the page read: “Per panelists’ request, presentations are not available.”

Good thing I had my trusty iPhone! The attorney started telling how the government’s investigations had led to the prosecution and conviction of a couple of people last year on federal charges of conspiracy to traffic in counterfeit goods and to commit mail fraud. She showed photos and included juicy details that I had not seen or heard elsewhere. For example, she characterized the conspirators as heavy drug users, noting that they and their employees “smoked reefer” and “snorted cocaine off of toilet seats.”

I took notes furiously while also using my phone to snap shots of some of the slides she presented. Then she fixed me in her gaze, stopped her presentation and asked me to stop taking photos and recording audio (which I wasn’t doing). “Also, please erase what you already have recorded,” she added, then proceeded with her presentation. Surprised, I put down the iPhone, but of course I continued to take notes.

Maybe she was just caught off guard and overreacted when she noticed that her presentation was being recorded. She may not have known that I was a reporter. The topic is so geeky, maybe she never expected a reporter to be in the room. But it was a public meeting, at a university no less, and she had no authority over whether I recorded her. During the rest of the presentation I wondered what would happen if I kept taking photos. I did take one more picture of a slide during the presentation of a U.S. Customs representative on the panel.

I wondered if the attorney would approach me afterwards, but she never did. Now I wish I had approached her and asked her why she wanted me to stop recording. There was never any mention of information from the conference being off the record. The organizers knew I was attending as a reporter. The slides she showed were not marked confidential or classified. Presumably, it was all public information. But her being a tough prosecutor and all, I guess I was afraid of a confrontation. Maybe she’d confiscate my iPhone or try to have me arrested . . .

I don’t specialize in investigative reporting and the information she presented, while very interesting, probably won’t end up in my coverage. But the incident disturbs me nevertheless. Although she requested that I erase the photos, I did not. And of course I am not going to destroy my notes. They just might come in handy someday.

Postscript: Apparently, incidents of law enforcement denying reporters and citizens the right to record in public is on the rise, according to a recent speech at the National Press Club. Thanks to fellow NPC member Jack Williams for the heads-up.