Freelance contracts: It’s getting scary out there

Freelance contracts: It’s getting scary out there 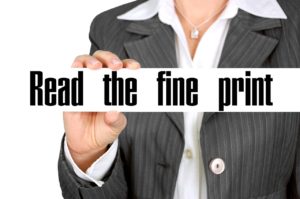 Contracts. Not a riveting topic. But at a recent writers gathering – the annual conference of the American Society of Journalists and Authors (ASJA) – I was riveted to my chair by the frightening things I heard about how publishers are trying to push all liability onto freelancers.

The panel, “Indemnity Clauses and Who Really Owns Your Notes: Legalities That May Shock You,” consisted of two attorneys/authors who serve on ASJA’s contracts committee – Milton C. Toby and Joan M. Burda – and was moderated by Kim Kavin, author and chair of the committee. They presented the findings of an ASJA survey about indemnity clauses and highlighted recent legal developments that could further threaten writers’ livelihoods.

• 82 percent of the ASJA members who responded have been asked to sign a contract with an indemnity clause.

• 90 percent of the clauses were for full indemnity in any scenario, meaning the writer indemnifies the publisher against any claim, suit, action, proceeding, recovery or expense of any nature arising from any claim.

• 64 percent of ASJA members have tried to negotiate indemnity clauses; half the time the publisher won’t budge.

• Well-informed writers often know more than their editors about these clauses.

• 12 percent of the members who tried to get insurance to protect against indemnity clauses could not get coverage because the cost was so high.

• The clauses are having a chilling effect: 27 percent say the clauses and lack of insurance coverage have prevented them from doing investigative journalism.

If that doesn’t scare you, Toby and Burda discussed recent legal cases that further strip away protections for journalists. For example, who owns the copyright to your notes could depend on the medium used to make the notes. If you just take written notes, it’s possible the interviewee could claim to own them. But if you audio record the interview, you the interviewer probably own them. Then again, if the interviewee provides written answers in response to questions sent by e-mail, he or she might be able to claim copyright.

Another frightening development is publishers’ use of the Digital Millennium Copyright Act (DMCA) to further dump all liability upon the writer. This law was intended to protect Internet service providers like Comcast from being liable if one of their users infringed on copyrights by, for example, illegally copying music. Now, some web publishers are claiming that they are simply providing a platform (like Internet service providers) and are not editing stories that journalists “contribute.” Therefore, liability for copyright infringement or other problems falls on the journalist, not the publisher.

“This establishes a brand new business model for publishers,” Toby said. “This is going to start showing up in contracts.”

As these threats increase, ASJA and its contracts committee are becoming an invaluable resource for freelancers who have to navigate the fast-changing, liability-dodging publishing business. If you’re an independent journalist, join ASJA, become an active member and attend its conferences. Only by becoming aware of these threats, spotting them in contracts and arming ourselves with negotiating tactics will we freelancers have a fighting chance to protect ourselves.