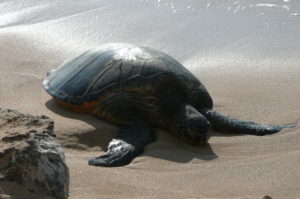 A few weeks ago, I read “Connecting America: The National Broadband Plan,” a 376-page report by the U.S. Federal Communications Commission, for a story I wrote for Electronic News. OK, I didn’t read every single page, but I skimmed through most of it, and actually read entire chapters.

One chapter in particular hit me where I, and in fact anyone who works from home, live. In Chapter 3, which describes the state of broadband in the United States, the FCC points out that consumers are not exactly getting the broadband speeds that are advertised. In fact, the actual broadband speed in American households is on average only 40 to 50 percent of the speed advertised by the provider, according to the FCC.

I’ve often wished there were a way to verify the speed claimed by my broadband provider, Comcast. Over the years Comcast has purportedly upgraded my speed several times. I’ve never noticed a difference. Last year, when I called to complain about its prices, the customer service rep lowered my monthly subscription fee by 50 percent. (This had more to do with Verizon’s high-speed fiber service, FIOS, moving into my neighborhood than my complaining, I’m sure.) He also threw in a free PowerBoost, a speed upgrade which is supposed to deliver download speeds of up to 15 megabits per second (Mbps) and upload speeds of up to 3 Mbps. Notice that very useful marketing phrase: “up to.” As the FCC report puts it: “An end-user with a connection for which download speeds are ‘up to 8 Mbps’ can expect to reach 8-Mbps download speeds, but not necessarily reach and sustain that speed all or even most of the time.” Again, I never noticed a difference.

Meanwhile, the FCC recently launched a nifty Consumer Broadband Test on its website. The test, still in beta, actually offers two different testing tools: one from Ookla and one from M-Lab. Simply enter your address and click a button, which starts a transfer of small amounts of generic data between your computer and the nearest test server. In about a minute, it gives you download and upload speeds, as well as a few other statistics.

I ran both tests several times, expecting to find how much slower my speeds were than what Comcast claimed. The results were different each time, sometimes wildly so, both between the two tests and for the same test in different instances. But in general they all fell within a certain range. And those general results surprised me. If I’m correct in my math (the tests deliver speeds in kilobits per second, which I had to convert to megabits), the tests showed download speeds of around 24 Mbps and upload speeds of about 4 Mbps – much faster than the advertised speeds. If this holds true for most Comcast customers, the company is missing a golden marketing opportunity. It’s rare that this broadband provider has delivered more than it promised, at least to me.

Then again, the FCC cautions that the current beta version of the tests may not be very accurate. Presumably, the FCC will improve future versions so I can trust it at least more than I trust Comcast. The FCC report notes that broadband companies have misled consumers about more than just speeds; they’ve also been accused of not actually delivering services in certain parts of their advertised service areas. The Consumer Broadband Test will give consumers and the government (which plans to gather and aggregate the data from the test) a way to keep them honest.