Cloud jobs in the U.S. could drift overseas

Cloud jobs in the U.S. could drift overseas 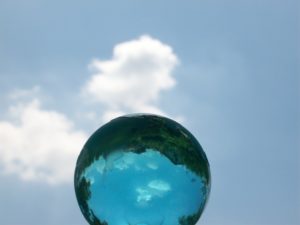 Have you heard enough about job creation yet? In this election year, it seems that politicians can’t stop talking about it. In fact, the Senate is now debating proposed legislation called the JOBS Act (although it has more to do with cutting regulations on going public than it does with creating jobs.)

So it doesn’t surprise me that a tech industry trade association is touting how many jobs technology creates. What does surprise me is that it has chosen to highlight cloud computing as the great jobs engine.

Last week, the TechAmerica Foundation held an event in Washington, D.C., to release and discuss a report on just that subject. The trade group, which represents a broad swath of the tech industry, didn’t give a reason for the report or its timing, but such events are routine in D.C. as a way to “educate” federal policy makers and members of Congress. TechAmerica wants to keep up the tech industry’s reputation as a job creator.

The report, written by consulting company Sand Hill Group and sponsored by software company SAP, says that cloud computing companies in the United States are expanding their employment at five times the rate of the tech sector overall. Other numbers from the study:

• Cloud companies could generate as many as 472,000 jobs in the next five years.
• Venture capital investments could create another 213,000 jobs through the creation of cloud-related startups.
• The adoption of cloud could save U.S. corporations hundreds of billions of dollars, which they could reinvest to create new jobs.

After reading the report, I have lots of questions about how Sand Hill comes up with its numbers. For example, the report does not even define what constitutes a “cloud company,” nor does it explain how or why it focuses on 11 companies ranging from Google to Concur (a $400-million company that does online travel and expense management). But the biggest flaw in the study is its contention that most of these jobs will be in the United States. They may be today, but as the world becomes more and more connected, cloud computing is more likely to spur new business and job growth around the world than in America. After all, the basic advantage of cloud computing – the fact that you don’t have to provide your own computing but can buy it from others on an as-needed basis – means that you don’t really care where that computing comes from. It doesn’t have to come from the United States.

And those VC-backed startups? There’s no guarantee that they will be in the United States rather than China, India or other regions of the world. In fact, there is evidence that startups grow faster and become more profitable when they are based outside of the United States, writes Glenn Solomon, a partner at GGV Capital, in a recent blog post. “Lately, as several foreign economies have been on a rapid growth curve, a crop of non-U.S. startups has been particularly good at producing both

[growth and profitability]. Perhaps U.S. entrepreneurs seeking high growth and high profits would do well to look outside the U.S. — expanding their businesses into high-growth markets.”

The report also fails to factor in how the cloud eliminates jobs. That significant cost reduction that cloud computing brings to corporate IT? Part of it comes from the fact that the company will have less IT in-house and thus will be cutting IT staff, perhaps significantly. Another part comes from a dramatic reduction in the number of servers, PCs, storage systems and other equipment that companies have to buy. That could decimate the revenue of traditional hardware companies and lead to huge layoffs, even bankruptcies. And don’t think that the big cloud providers will make up for those sales by buying gazillions of servers for their data farms. Many of the cloud companies, including Google, are designing and building their own hardware. Traditional software companies could also suffer. In fact, the study acknowledges that the cloud’s “pay-as-you-go” subscription model has already started cannibalizing licensed software revenue.

Finally, cloud computing continues the world-flattening started by the Internet, enabling work to be done anywhere in the world. It will likely increase the outsourcing of all kinds of jobs, from low-skilled data entry to high-end electronics design.

This all seems so obvious, it left me scratching my head at the end of the roundtable. Perhaps the trade group believes that Congress won’t understand the full implications of cloud – which is probably true. It’s nothing new, but I find it sad and disappointing when trade associations that purport to be educating government are in fact obscuring the true picture. Even so, if the tech industry’s goal is to promote how it creates jobs, surely it can find a better angle than this.