Big data is a big deal

Big data is a big deal

Sometimes I pause between video chatting with my sister on my smart phone and watching the latest episode of “Grimm” on my iPad, and I marvel at the accelerating march of technology and the incredible digital revolution that we’re in the midst of. 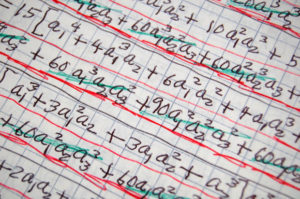 After my reporting adventures of the last few weeks, I’m convinced that we ain’t seen nothing yet. Computer scientists and innovative entrepreneurs have realized that all the data we’ve collected during this first phase of the digital age is simply a basic vocabulary. Under the umbrella of the buzzword “big data,” some very smart people are now building companies that will use that data to speak an entirely new language. It could change the way most industries – and people – operate.

A brief history of thinking: At first we had to store information just in our brains. Then along came written language, and the means to preserve it: paper and books. That let us string information together and analyze it better, resulting in more knowledge and insight. Fast forward a few hundred years, and along came digital technology and computers, which turned data into ones and zeros that could be stored. As more information was digitized and storage technology improved, we’ve been able to store more and more information. Today we store just about everything, and much of that information is available at the click of a mouse.

But now we’re turning to the next phase. Whereas books let us write things down and analyze them, computers are letting us do that on a much grander scale. Now, we can analyze much more information than just what’s in our head, or in books, or even in entire libraries. Data analytics is the human brain on steroids.

Legal: Startup Lex Machina is capitalizing on a massive collection of data on intellectual property court cases: who’s sued whom, which lawyers they used, which side won, how much they paid or were awarded, which patents were involved, which judge decided the case, etc. This information already exists, but the gold is in bringing it all together and analyzing it. That’s almost invaluable to corporations and law firms in the tech industry, where the value and marketability of patents can be a key element in any business’s success or failure. Rather than rely on even the most experienced patent litigation attorney, Lex Machina’s clients can now crunch the numbers from hundreds of thousands of cases to determine their odds of winning a particular case in a particular venue. The company’s co-founder, Joshua Walker, calls it “the Moneyball of IP litigation.”

Supply chain/manufacturing: Another startup, called the Open Data Registry, is gathering data on components and materials and plans to make it available to manufacturers. These companies are under increasing pressure to be able to deliver information on the pedigree of their parts and suppliers, including things like where the material to make a part came from (is it a Congo conflict mineral?) and the human rights or environmental record of the factory it uses (think Apple’s troubles with Foxconn). Founder Gil Friend wants to build these stores of data and then let individual companies build their own apps to access and analyze the data however they need to, sort of like Apple’s app store.

Academic research: Universities and national labs are the granddaddies of so-called big data. They’ve been using supercomputers and storing terabytes of data for a while. However, a whole new “computational framework” is starting to emerge for research. At a recent conference at the National Institute of Standards and Technology, an Amazon representative described how cloud computing and big data could enable “executable” research papers. Studies and dissertations would have links that take the reader not only to the actual data that the researcher used, but also show them how he set up the data crunching. Rather than just talking or sending information via e-mail, a researcher could literally walk a colleague through his study.

These developments are exciting and at the same time a little frightening. It’s the beginning of a new kind of intelligence. Some may call it artificial intelligence, but it’s really just an extension of our own brains. I can’t wait to see how things unfold.