Do chip industry statistics add up to anything?

Do chip industry statistics add up to anything? 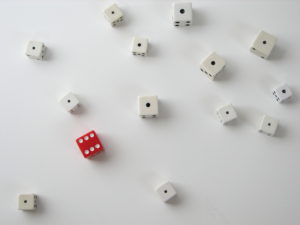 You know the old saying. If no one is there, does the tree make a sound? That was my first thought when I saw two news items last week: First, Intel has pulled out of the World Semiconductor Trade Statistics (WSTS) report. Since AMD had already pulled out late last year, Intel’s numbers now make up most of the microprocessor data collected and published by the WSTS. Presumably, Intel pulled out because it felt that was too much data to share with the rest of the industry. (The company didn’t give an official reason.) Shortly after the WSTS announcement, the Semiconductor Industry Association (SIA) said it would no longer publish its Semiconductor International Capacity Statistics (SICAS), a quarterly report on chip fab capacity utilization.

Will anyone notice that these numbers are gone?

As a journalist who has covered electronics for two decades, I’ve always wondered whether these statistics were valuable or relevant. I haven’t used them in stories. My sources don’t cite them. I haven’t gotten the sense that readers care about them. The only times I heard about them were when I received a press release from the SIA. Am I missing something?

I may be. Junko Yoshida of EE Times thinks this is a big deal, writing in a recent editorial that it will impact chip companies’ planning, market researchers’ forecasts and ability to interpret market trends and the media. (See her commentary here.)

What’s more telling, however, is the relative silence from the semiconductor companies themselves. I didn’t see any quotes from chip company executives in the news stories. The Global Semiconductor Alliance (GSA), formerly the Fabless Semiconductor Association, expressed concern, although it didn’t explain its reasons very clearly.

“The GSA is concerned that – without an industry body collecting information from semiconductor companies – there may be a loss of transparency that will alter the ability of these companies to navigate their industry,” it told EE Times. What exactly does that mean? Why are these numbers important?

Virtually all of the chip companies are public, and thus have to report revenue and give guidance on what they expect in the near future. WSTS reports billings and revenue broken down into more than 100 categories of chips (microprocessor, analog, memory, etc.) But won’t market researchers still be able to use public information to compile such data?

In fact, the weakening of WSTS and SIA data could be a boon for market analysts, at least those that have the resources to dig up the information. It gives semiconductor analysts more opportunity to differentiate their services and add value. It will stimulate competition. Semico said as much in a post on its blog. “Analysts will have to do their homework,” it said. “All data is not created equal.”

At least some of the commenters on EE Times’ coverage said they wouldn’t miss the WSTS and SIA data.

“My team moved away nearly 10 years ago from SIA and conducts our own bottoms up research on semiconductor companies,” wrote one. “It’s time for a new organization to emerge that is more in tune with the dynamics of our business.”

[fab utilization] reports are overrated — they are always a day late and dollar short and also state the obvious — there are more pertinent, clear signals & trigger points that occur that are more useful. Even anecdotal information on fab loadings is as accurate as these trumped up reports.”

Which brings me back to where I started. I’m trying to figure out whether and why it’s important for WSTS and SIA to provide these statistics. How do you use WSTS and SIA numbers? What do these changes mean to you? Comment here or send me an e-mail at tam@tamharbert.com.