As a high-tech journalist, I often write about patent trolls in the electronics industry. A patent troll is a company that buys up patents and then goes looking for large, deep-pocketed corporations that might be infringing on those patents. The troll’s business model is to make money by squeezing settlement fees out of these corporations. Even if the corporation does not believe it’s infringing, it often settles because doing so is less expensive than going to court. 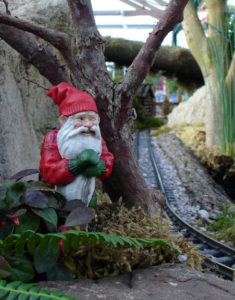 Now website owners and bloggers are encountering trolls of our own – copyright trolls. These companies either have or acquire copyright licenses on articles and images, then go scouring the Web for infringers. And they don’t have to look far; there seems to be a lot of infringing going on and very little policing. It’s like shooting fish in a barrel. But rather than focus on large companies for which a settlement might be pocket change, the copyright trolls target small companies and individuals. Their business model is to pick on the relatively defenseless, threatening and intimidating people into paying settlements of a few thousand dollars.

Las Vegas-based Righthaven LLC has been filing copyright infringement lawsuits against website owners, alleging infringement of newspaper articles and images published in the Las Vegas Review Journal and Denver Post. Righthaven is owned 50-50 by a Las Vegas attorney and by the family of the owner of the Las Vegas Review Journal, according to Righthaven Lawsuits. This website, which is not affiliated with Righthaven and is critical of the firm’s strategy, claims that as of mid-March, 251 cases had been filed and estimates that settlements had amounted to $420,000. Most of these suits have been against small entities, although there has been at least one case against a high-profile blog – the Drudge Report . Righthaven Lawsuits estimates that the average settlement is $3,500. The Drudge Report settled in February, but the amount was not reported.

PBS Media Shift recently ran a great analysis of Righthaven’s activities and possible defenses. What’s particularly disturbing is that website owners can be held liable even if the infringing material was posted in a comment by a third party.

Meanwhile stock photo company Getty Images has been going after individuals who, often unwittingly, post photos or other artwork without a license. For the last several years, Getty has been sending out letters informing website owners that they have violated a copyright and threatening to sue unless the owner pays a fee, usually around $1,000. Matthew Chan, an author and independent publisher who received such a letter in 2008, has started a website that explains, criticizes and follows the Getty litigation.

Traditionally, a company would first issue a “cease and desist” letter and then allow the alleged infringer the opportunity to take the material down before filing a suit. But these trolls are after the money. They send more than a cease and desist letter. They send an “insist” letter – insisting on a settlement fee or else they will take you to court.

We journalists often cite the fair use doctrine of the copyright law, which should in many circumstances cover our butts. But attorneys tell me that fair use is a very gray area and subject to interpretation. Besides, are you prepared to pay the tens of thousands of dollars it would cost to go to court and make the “fair use” argument? This is scary stuff. I hope that the courts ultimately repudiate this business model. In the meantime, I’m going to be very careful.